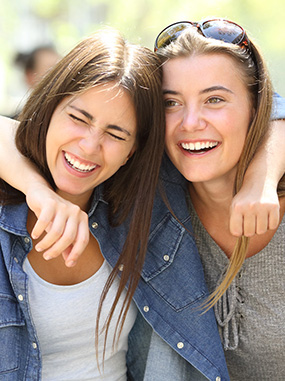 How I lost my retainer… by a whole bunch of patients!

“The dog ate it.”
This apparently is the second favorite food of canine pets, surpassed only by homework assignments. If your dog ever stops eating, offer him a retainer.

“My purse fell open on the Memorial Bridge and my retainer blew into the Kennebec River.”
Since this is a hundred-plus foot plunge we did not fault the patient for not diving after it. However, we did feel that renting a boat and a team of divers would not have been out of line.

“I dropped it in the ice fishing hole.”
We felt that there were other people there that could’ve held his feet while he groped the icy waters but we didn’t push the issue.

“My father flushed it down the toilet.”
This apparently was the uniquely male logical approach to seeing a cup of fluid (which contained the retainer) on the sink. While the female solution (pun intended) would have been to pour liquid down the sink bowl, thereby exposing and saving the retainers this side of the drain; the masculine side of the brain felt compelled to dash the contents of the cup into a flushing toilet ensuring that even if they had floated they would never see the inside of a mouth again.

“It was carried off by raccoons.”
This may be the penultimate excuse. It seems the family stopped at McDonalds on the way to their camp on a lovely Maine lake. Using the bag as a retainer case while gobbling down the burger and fries may have seemed like a good idea at the time but when all of the above were placed in the camp trash can due to the excitement of the camp arrival things went downhill (not just to the lake). Upon awakening the next morning, a panic attack ensued and when they went to the trash can they found that those cute little masked marauders had carried off the un-happy meal with added prizes. Somewhere deep in the Maine woods is a well-fed raccoon with a great grin, after all, a McDonald’s motto is “We love to see you Smile.”

“My dad drove over it in the driveway”
Our response was: “And you weren’t even hurt?” To which they replied, “It wasn’t in my mouth.” Riposte-“Our point, exactly”

“I wrapped it up in a napkin and threw it away.”
The first item on our list of things not to do with your retainer is to wrap it in a napkin while you eat. I mean, it’s not like it’s a glass eye that will sit there staring at you. What is amazing is the number of parents that will look through the trash by themselves for their child’s lost retainer. It certainly seems fair that they can at least use the child’s head to push the trash aside while they look for it.

“It was knocked out of my mouth into the pool while I was on the bumper boats at the amusement park”
…Good excuse and the staff took up a collection to send him to an aggressive driving course to protect future retainers.

“I sat on it”
Apparently we didn’t watch carefully enough to see where the patient was wearing the retainer. A case of “which end is up” syndrome. This is a subdivision of the complaint: “this retainer is a pain in the butt,” to which the response is: “You’re obviously wearing it in the wrong place.” 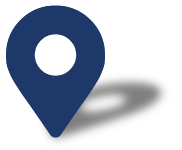